For someone who doesn’t often like to stray from my typical recipes and food choices, I have seemed to be on the adventurous side lately! You will never guess what I tried….

This shouldn’t surprise many of those who live in Alberta, it seems to be a very common food choice in these parts. I don’t typically enjoy much red meat, but a friend of ours who also hunts his own meat actually butchered it himself and gave us enough meat to fill an entire freezer. First recipe that Colt and I opted to try were the moose ribs.

It was a pretty standard recipe and just had them cooking in the crock pot with a container of beef stock, basil, thyme, pepper and salt and a little cayenne and BBQ seasoning for roughly 10 hours. I have to say, they were very tender and tasted better than I had anticipated, but I’m still not the biggest fan. But hey – food is food!

For my breakfasts, I usually turn to a smoothie. It’s always the most standard banana, strawberry and orange, or peanut butter and chocolate! But since I’ve felt as though I needed to add some more protein into my diet, I purchased a sample pack of the vega protein smoothie berry mix too give it a try.

I mixed this in with a handful of frozen mixed berries and some vanilla yogurt. While it does taste fairly good, there is still a little bit of a chalky taste that is left over. This was to be expected because the powder is completely vegan and natural. But what I loved the most was the staying power. One package has 15 grams of protein which kept my hunger at bay and keeps me content!

Food aside, I also tried out a new upper body and cardio mix workout! Ohhhh baby I feel it in my muscles already today!

This is my workout from this morning:

It’s a great heart pumping workout and switches up enough so that you don’t get bored.

And now it’s back to work for me, chat soon!

I don’t normally have pancakes in the morning.. but when I do, I make sure that they are the most epic and delicious pancakes EVER. Which brings me to my recipe today…

I got this recipe from an old friend from highschool and uni!! Thanks Parisa!

Heat the skillet, and cook the pancakes in coconut oil for about 2 minutes on each side (until golden brown)
Next is the fun part – add your favourite toppings to garnish the pancakes
I used almond butter to replace syrup, the other half of my banana, some blueberries and walnuts. I also sprinkled some cinnamon and try to add it to as many recipes I can because it’s a natural fat burner and makes any dish smell and taste delicious! These pancakes are the perfect breakfast to have after a workout, or even before because they will give you a ton of energy. I have tried a few powders, and so far I like Power Whey the best. You can buy it at any supplement store such as Popeye’s or GNC for approximately $40 for 908 grams which will last you a long time, especially if you use it only for baking and cooking. If you are sensitive to whey protein powder, there are other options (vegan powders) that you can use instead.  These pancakes are PACKED with nutrients, leave you full and I promise your taste buds will thank you, so give these bad boys a try! 🙂

This morning I worked out before heading to school for work.
Here was my routine:

It was a good and sweaty session! On top of this, I also did 35 minutes on the elliptical. After work today I also upped my cardio by going on a nice speed walk with my doggy Tanner! Gotta enjoy this nice weather while it’s here! 🙂

How did you spend your ‘work it out’ wednesday?? 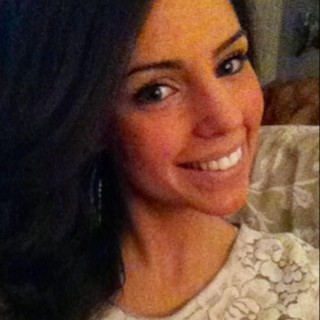